Home / Read / The band – this is Wiedergænger

The band – this is Wiedergænger

A shadow from the past, an evil dream cast aside, a rotten thing that just won’t die – here’s Wiedergænger from Hamburg, Germany. Jakob (lead guitar) had the idea to form a band of that name for a long time. Ansgar (drums) and, after some persuasion, Jakob’s brother Justus (vocals) were ready, even though both of them just started to deepen their skills for the band. Daniel (rhythm guitar), an experienced musician, was willing, too. Shortly after the official formation, Ronny (bass guitar) joined the band. The iron five-masted ship was complete in autumn 2014.

From the beginning, Wiedergænger were eager to create their own material. The fact that the main songwriter and the lead singer knew each other for “quite a while” helped them to write a good handful of songs in a short time. Three of them found their way on the first demo of 2016/2017 called “Ein Geist geht um” (“A ghost is haunting”). While the recordings for the second output were still incomplete, Wiedergænger and Daniel went separate ways during summer 2018 by mutual agreement. Shortly after, Mirco joined in and took the position of the second guitar player.

Wiedergænger play metal, somewhere between melodic death, a little black, a bit of doom and with a touch of rock’n’roll. The basic concept is traditional, yet modern influences are not rejected. Their lyrics deal with tales from their northern home as well as personal topics and social issues, everything in their mother tongue.

Wiedergænger is a band whose members consider themselves as politically thinking persons. They raise their fists against right-wing radicalism, stand for a cosmopolitan society and welcome listeners from all around the world. 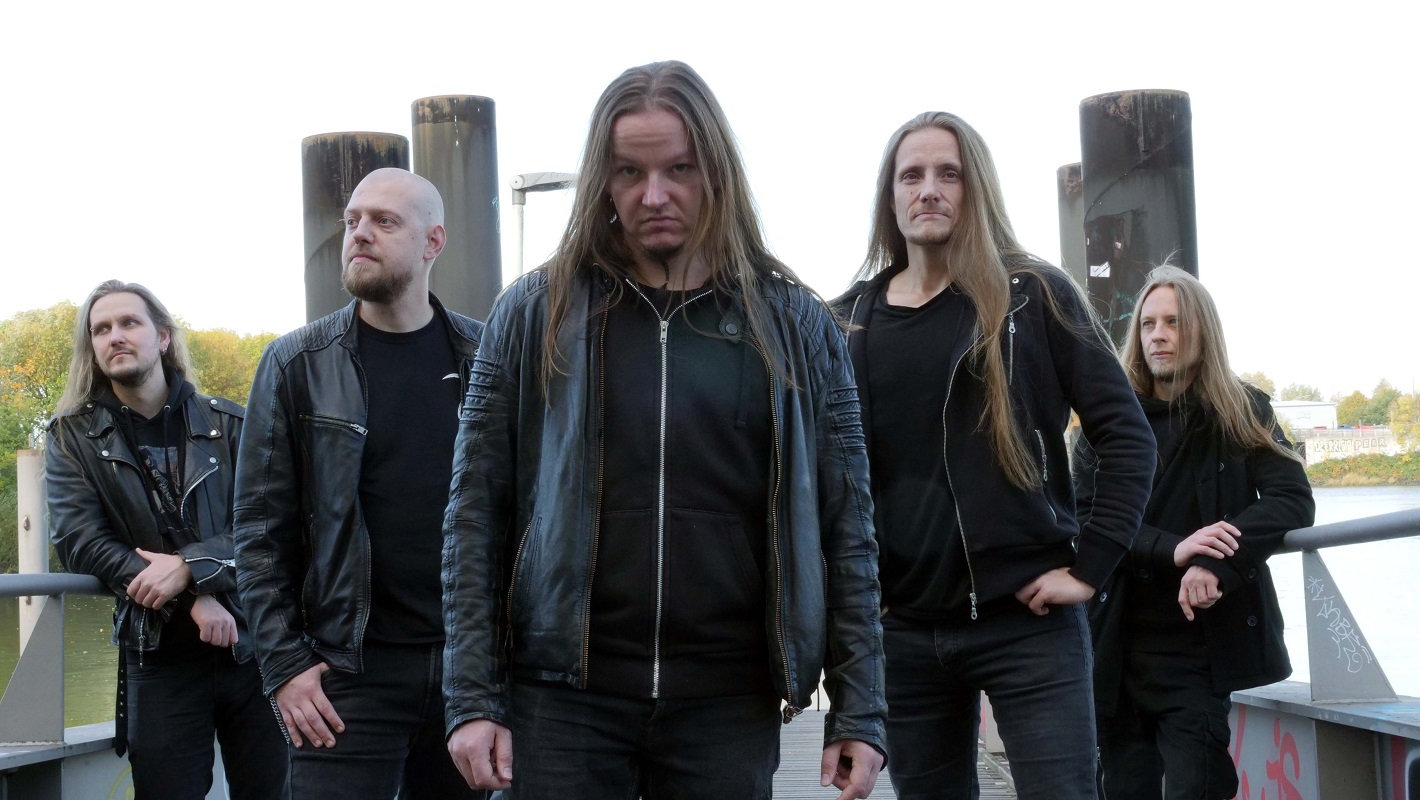 The gæng consists of (left to right):